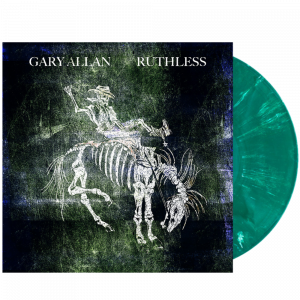 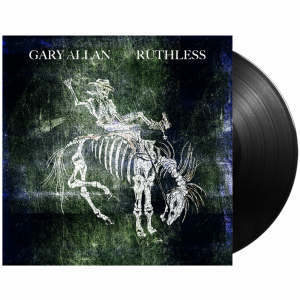 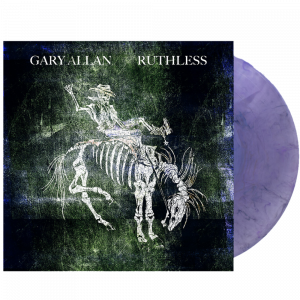 *Allan currently performing across the US on THE RUTHLESS TOUR: 25 Years The Hard Way*

Multi-platinum-selling country music renegade Gary Allan has announced his celebrated new album RUTHLESS (EMI Nashville), which was released in June to critical acclaim, will also be available on vinyl October 22.  The album, praised by TASTE OF COUNTRY as “an unusually diverse album that touches on both contemporary and more classic country vibes, as well as some R&B and rock influences…a track listing that keeps the listener guessing with each new song,” earned the country star his 9th Top Ten album spanning an incredible 25-year career.

Fans can listen to the album here https://strm.to/GaryAllanRuthless and can purchase the vinyl in multiple color variants here: https://www.richardsandsouthern.com/collections/gary-allan

“I grew up listening to my dad’s vinyl records and then started my own collection.  There is just something different about the sound from a vinyl LP,” says Gary Allan.  “When the album starts spinning and you drop the needle, it is an experience.  I’m excited my fans will now be able to have that experience with some of my music.”

Gary Allan is also currently on a US tour, THE RUTHLESS TOUR: 25 Years The Hard Way, through the end of 2021, with upcoming stops in Dallas, Biloxi, Tucson, Yuma, Kansas City, Joliet, Detroit, Dodge City, Mescalero and Tulsa. Get all the tour details, including soon to be announced 2022 dates, at www.garyallan.com.

With the allure of a modern-day outlaw, Gary Allan has won over fans, peers and critics over his 25-year career with his signature blend of smoldering vocals, rebellious lyrics and raucous live performances. While becoming a force on the country music scene, Allan has remained true to his artistic voice each step of the way.